Today I have a very special guest on the podcast, Spencer Haws. We’re going to talk about some things that we haven’t before. He is no stranger to being an entrepreneur and has started several businesses over the past few years. He’s going to share some of the struggles that he’s faced and how he’s overcome those things that didn’t go as planned in his business.

No business comes without struggles. I’m an open book and have lots of failures and things that I’ve had to overcome that I’m happy to share. The idea for Long Tail Pro came to me back in 2010. At the time, I was building lots of small niche websites, and I wanted to be able to do a lot of keyword research really fast.

However, the companies in the market at the time didn’t allow you to upload a lot of keywords at once. I wanted to get thousands of keywords back quickly and knew I had to figure out a way to make that happen.

The first struggle I had was finding a web developer to help me get my idea off the ground. I ended up hiring a developer in a different country. At first, things were going well; however, things started to go south after a few months. I decided to part ways.

However, he wouldn’t give me the source code without paying him another $15,000. I made the decision not to pay him and to start over from scratch. It was a difficult decision however, I did find another developer that I trusted, and we ended up building a better version.

I launched the first version of Long Tail Pro to my email list of 1,500 from my blog. Early on, it was a desktop application. I didn’t have to host any ongoing data or anything like that. I was charging a one-time fee of $37 and made about $2,000 in the first month. However, after that, I was only making a couple of hundred bucks each month because I wasn’t promoting it as much.

I knew that I had something good, but at the time was dealing with the issue with my first developer. It took over six months to recreate the code with the new developer and the second launch was much bigger than the first.

In the very first year, I made around $20,000-$30,000. In the second year, I hit six figures and was able to ramp up the business. The first two years, I was the only guy behind the scenes. After that, I hired a marketing guy to help me.

He was really good at putting together these huge launches and getting lots of affiliates together. The day after the first launch we did together, I realized I couldn’t do it all on my own anymore and started to grow my team.

The Struggles of Growing a Successful Business (16:37)

It was difficult to figure out how to get the support I needed because I quickly realized that I couldn’t do it all. The revenue was also a big issue for me for a few years. We would have these huge launches, and then in the coming months, my net profit was almost zero.

It never got quite bad enough where I was looking for a job, but I did think about it on occasion. That issue was mostly in the first couple of years, and things did get better over time.

Once I introduced the recurring revenue, that was extremely helpful in getting steady revenue. However, I realized that eventually, we would need to move the tool online instead of keeping it as a desktop app.

It was a big struggle and ultimately led me to the decision to sell. The business was doing really well. So I thought it would be a good time to sell the business. In the end, it was an awesome exit, and it was the right decision for me.

The decision to sell wasn’t easy, though. It involved employees having to work for someone else and giving up everything that I had worked so hard for. At the time, I had a home office, so when I sold, it wasn’t a huge celebration or anything.

I never thought about just calling it a day. I still had tons of portfolio sites I was working on and was still blogging. Then, I had launched my FBA business in 2014, when I sold Long Tail Pro, it was starting to ramp up, so I was excited to focus on that.

In late 2017 I was juggling a dozen different things. I had no time to really focus on anything, and I didn’t have time to fix all the problems that I could identify in all the businesses I was managing.

So, I decided to sell my Amazon business and a lot of the sites that I owned. I have not looked back ever since and am completely out of Amazon now. I have scaled back my portfolio significantly so I can focus on a few select things that I can do really well.

Time and stress were things that I didn’t need in my life, and I made the decision to cut back. It has really helped me long term.

It started out as a place for people to buy and sell small niche websites and is similar to a broker model. This was the perfect fit for my audience on my blog. And I had a lot of similar sites that I had sold in the past.

However, I didn’t want to take on something where I had to operate the day to day tasks. It’s been so nice that I’ve been able to get a small partnership and help market, but I only have to put in limited time.

On average most of the websites that we list are being sold within the first week. It just depends on the site. If they’re making less than a couple of hundred dollars a month, they fly off the shelf. The bottleneck is just getting more sites to sell. We’re starting to do a lot of outreach to find sites to sell but overall it’s going well.

My newest adventure has been Link Whisper, an internal linking WordPress plugin that I came up with. The idea came from my own need. If you have a pillar article that has a lot of external links, you can send some of that “power” to other blog posts, but the issue is that it takes a lot of time to build internal links.

It’s been a challenge to figure out how to tell a robot what to link to, so it took a lot of time to develop this plugin. In June 2019, we officially launched, and it was super well-received. I’ve been putting a lot of time and energy into it over the last year. It’s getting better with time. I’ll be honest.

I thought it would be a small little tool that would bring in a few thousand dollars per month that a select few would use. It’s making much more money than I had anticipated, and I’m finding that all kinds of businesses are buying it and are in need of this type of tool. It really does save people a lot of time while making a positive impact on their business.

There you have it. There were some things we talked about today that I didn’t even know had happened to Spencer. He is like my neighbor that I can strike up a conversation with at any time, and I really enjoy talking with him. He’s got a lot of knowledge that comes from experiences that have worked and others that didn’t turn out the way he had planned.

Another reminder that the journey you’re on now isn’t where you’re going to end up. Spencer isn’t doing what he did when he started, but he’s having fun, growing, and making progress along the way. That’s all that matters. As you grow, you’ll see new opportunities and things that excite you now that didn’t before.

Thanks For Tuning in!

“Remember, I'm here for you, I believe in you, and I'm rooting for you! Now it's time for you to take action and go rock your brand”!

“No successful business comes without struggles”. 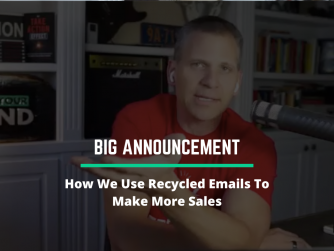 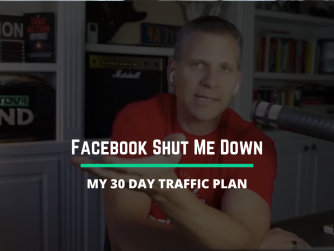 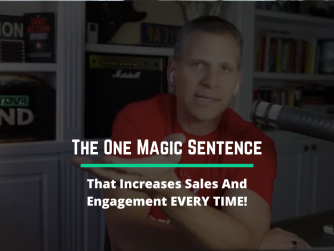 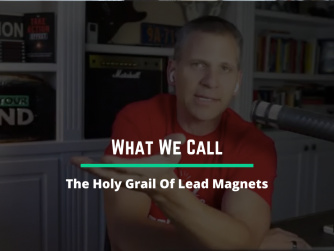 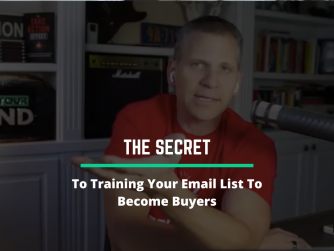 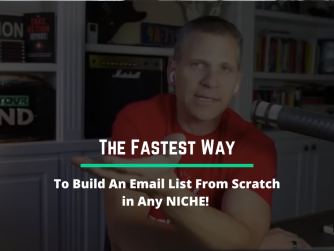